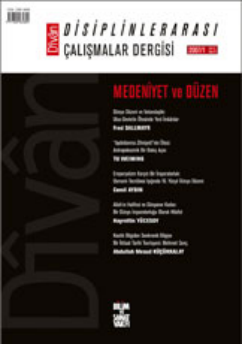 World Order and Citizenship: Paths beyond the Nation-State

World Order and Citizenship: Paths beyond the Nation-State At the dawn of Western civilization, we find two conceptions of citizenship: the one arising in Athens, the other inspired by Jerusalem. The first conception, associated with the name of Aristotle, is that of the "polites" or member of the city-state. The second conception, most prominently formulated by St. Augustine, assumes a dual citizenship namely, membership in two cities, the earthly city and the heavenly city. The entire history of Western civilization unfolds as the tension or antagonism between the two conceptions or between Athens and Jerusalem. As is evident from these "founding" conceptions, cizitenship is not merely a matter of formal, legal status but points to a deeper dimension: to what it means to be human and to live together properly with others in this world. In the context of Western modernity, the legacies of Athens and Jerusalem are often forgotten or sidelined -but at a cost. Under the aegis of modern liberalism, citizenship is often portrayed as a formal-legal contract, without any deeper allegiance. However, the exiled civic bond returns through the bacdoor: in the form of the backlash of nationalism and ethic or religious "identity." It is preciesly this combination of legal formalism and particularistic "identity" which is at the heart of the modern "nation-state." The article discusses citizenship in the modern nation-state and possible paths beyond it in three steps. After tracing initially the emergence of the modern conception, I examine the main theoretical quandaries and antinomies besetting nation-state citizenship. By way of conclusion, I discuss a number of "transnational" or global options, invoking for this purpose both the Aristotelian notion of a just community (restyled as cosmopolis) and the Augustinian reflections on the "pilgrim city."

Fred DALLMAYR
Beyond the "Enlightenment Mentality": An Antropocosmic Perspective

Beyond the "Enlightenment Mentality": An Antropocosmic Perspective Enlightenment can be perceived as a cultural movement originated in the West since the 18th century, as an ideal for the human community yet to be fully realized, or as a mentality characteristic of the modernistic modus operandi throughout the world, especially in Cultural China. The focus of this essay is the Enlightenment mentality, arguably the most powerful ideology in world history. In a historical and comparative civilizational perspective, the surest and soundest way to accomplish going beyond the Enlightenment mentality is to tap all the spiritual resources available to the human community in order to formulate a humanistic vision which can transcend anthropocentrism, instrumental rationality, and aggressive individualism without losing sight of the liberating ideas and practices of the Enlightenment, as a movement, an ideal, and a mentality. In this respect the antropocosmic perspective offered by Confucian humanism is historically significant, for it addresses the ideal of universal ethic in the reality of cultural diversity.

An AntiImperialist Empire Ottoman Lessons on the Nature of 19th Century World Order The experiences of the Ottoman elites in preserving, expanding or ending a nonWestern (and thus nonwhite or nonChristian) empire during the long 19th century teaches us invaluable lessons about the nature of modern imperialism. What was new and unique about the empires of the postCongress of Vienna era compared to the imperial tradition of the medieval and early modern periods? How important were the race and Christian identity of the European Empires for the legitimacy structures of late 19th century imperial world order? Relying on Ottoman writings on empire, imperialism, the West and civilization, this paper discusses globally circulating nations of imperial legitimacy during the longnineteenth century. The Ottoman Empire had a several centuries long legacy of imperial tradition over a large multiethnic and multireligious territory before the 19th century. In the two decades after the Congress of Vienna, however, Ottoman elites recognized the need to transform their empire according to what they perceived as new notions of power and legitimacy. As they reshaped an experienced empire into the requirements of the 'standards of civilization' to make it an equal member in the globally interconnected family of empires of the 19th century, they had to reflect on the significance of Christianity in the legitimacy claims of fellow empires. Especially after the shift to a more aggressive, racially and religious defined, era of high imperialism in the last quarter of the 20th century, Ottoman elite?s reflections prompted them to ally with antiimperialist nationalist intellectuals in the colonized world in the global debates over the key legitimizing notions of race, civilization, nationality, progress and world history. One result of these reflections was the further delegitimization of the imperial world order, especially by the antiimperialist encouragements of the various competing empires during WWI, best seen in the PanIslamic campaign of the Ottoman government.

Cemil AYDIN
God's Caliph and World's Judge: The Caliphate as a World Empire

God's Caliph and World's Judge: The Caliphate as a World Empire The political rise of Islam was rapid. Only one century after the death of the Prophet Muhammad, the caliphate stretched from the Atlantic Coast of Spain to the Indus River. Achaemenid and Roman Empires, which ruled over much of the territories the caliphate later claimed, also had been large empires. What made the caliphate unprecedented was however its ability to create a political culture based on Islamic monotheism. The caliphate realized, for the first time in human history, the Universal political manifestation of monotheism, Abrahamic and Zoroastrian. It incorporated previous heritages in the conquered territories into its social and political spheres and expanded their spread over much of the old world through peaceful means: gradual conversion, commercial contacts, missionary activity, and intellectual exchange. This monotheistic political culture inspired the rise of enduring social institutions, such as mosques, charitable foundations, and colleges, which assured the continuity of the sense of a common identity based on diverse manifestations of Islamic piety and the critical role of the community, umma, in public and private life. The universal discourse of unity beyond territorial demarcations, manifested rather boldly in jurisprudence and political thought, helped not only the continuity of social cohesion after the collapse of the caliphate but also inspired renewed universal ambitions. New dynasties, such as the Seljuks, the Mongols, and the Ottomans, were inspired by and attracted to such universal ideals, which proved to be adaptable to distinct cultural orientations, resulting in the formation of new potent polities under the aegis of Islamic spirituality.

Hayrettin YÜCESOY
From the Chaotic Knowledge to the Synchronic: Mehmet Genç as a Theorist of Economic History

From the Chaotic Knowledge to the Synchronic: Mehmet Genç as a Theorist of Economic History This article aims, by following the footsteps of his mental world, to put forward and analyze as a whole the scientific adventure and findings of Mehmet Genç, who made an invaluable contribution to the Ottoman economic history by his academic studies. The article provides the reader with a short story of his life and his conception of science, economy, history, economic history, the methodology he used during and the results he reached at the end of his studies. The conclusion is assigned to the categorization and the evaluation of the findings of Mehmet Genç. The foremost personal findings of the author of this article concerning the academic studies of Genç centers around the assumptions that the robot picture drawn by Genç with regard to the Ottoman Economy is more extensive than it was supposed to be, that the methodology used in studies on Ottoman studies should be altered, that the traditional stereotyped approaches should be abandoned and that the explorations about Ottoman economic history should be multidimensional.